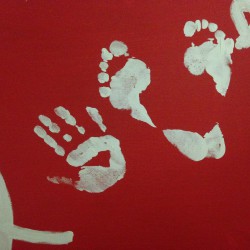 I just made this account to comment on other blogs. I'm not committed to signing up to another review site (as tempting as it is). 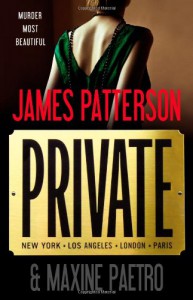 Jack and Justine, our main characters, work at Private, a private investigation company which gained its’ success through Jack’s unsavory father. There are three cases in this novel. Justine is working on the case of the missing school girls; school girls who are tricked into their abductions and murdered. Jack is working on determining whether NFL games are being fixed and trying to figured out who killed his best friend’s well-loved wife. Of course, there are love interests. Justine is in a long term relationship with the DA and Jack has found himself a nice Irish girl who, you know, just happens to be his assistant.

Books are like people. If you lead with the negative, chances are you will pass up on a good thing. I enjoyed this book and am looking forward to reading the next book in the series. There were parts of this book I found unsatisfying, particularly the relationship between Jack and Colleen, but overall I enjoyed the character interactions. Another downfall was the anti-climactic capture. Maybe I’m off balance, but I like a little more excitement when it comes to finally capturing the bad guys. What’s the point of suspense if it ends in a less than satisfying climax? Initially, I was going to rate this a 2-star for “It’s okay”, but I do like the book so I upped it to 3.

Also, I listened to this book instead of read it. For me, it’s harder to get into a book that way because I’m a visual person. Reading the words off the paper make it more appealing and helps me associate the name to the character. The audio didn’t have a consistent volume, so I was constantly turning it up and down in the car.

On a side note, and maybe I’m alone in this, but the deal with Colleen at the end annoyed me. It was unnecessary and I didn’t like that the authors went there. Maybe the writers felt the need to better end her story, but c’mon… Do it with her death by a serial killer, not her attempt at self-destruction. Then again, maybe it just hit a little close to home and it bothered me that he thought only of himself and not so much of her.
Tweet